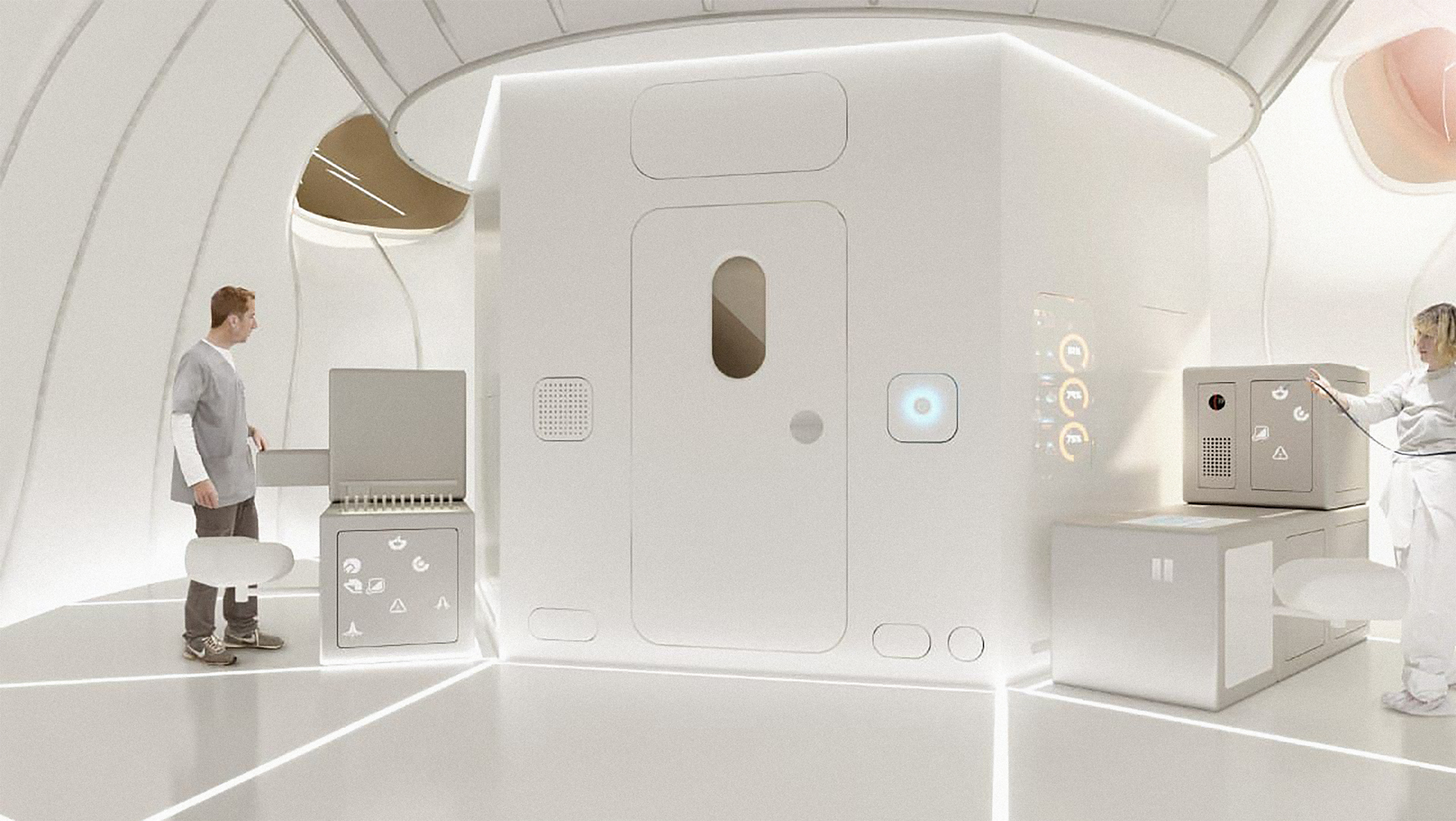 In 2019, Mars Society’s President Robert Zubrin approached Anastasia Prosina to join the effort of designing and building their third Mars analog habitat.
Mars Society is the world’s largest and most influential space advocacy organization dedicated to human exploration and settlement of Mars.
‍
Mars Society runs analogs of possible future Mars habitation units, located in Mars-like environments. Established stations include the Flashline Mars Arctic Research Station (FMARS) and the Mars Desert Research Station (MDRS). With the opening of the first chapter of Mars Society in Iceland, it has planned to extend its analog missions there, in particular, exploring the lava tube Stefánshellir concept of extraterrestrial habitation.
For astronauts exploring the harsh environments and fluctuating temperatures of  Mars, lava tubes could provide natural shelter from radiation, impacts by micrometeorites, and unstable temperatures.
SUMMARY

Design a Martian habitat, with a reconfigurable and efficient interior design, that is mobile and can be easily placed inside of a lava tube.
SUMMARY 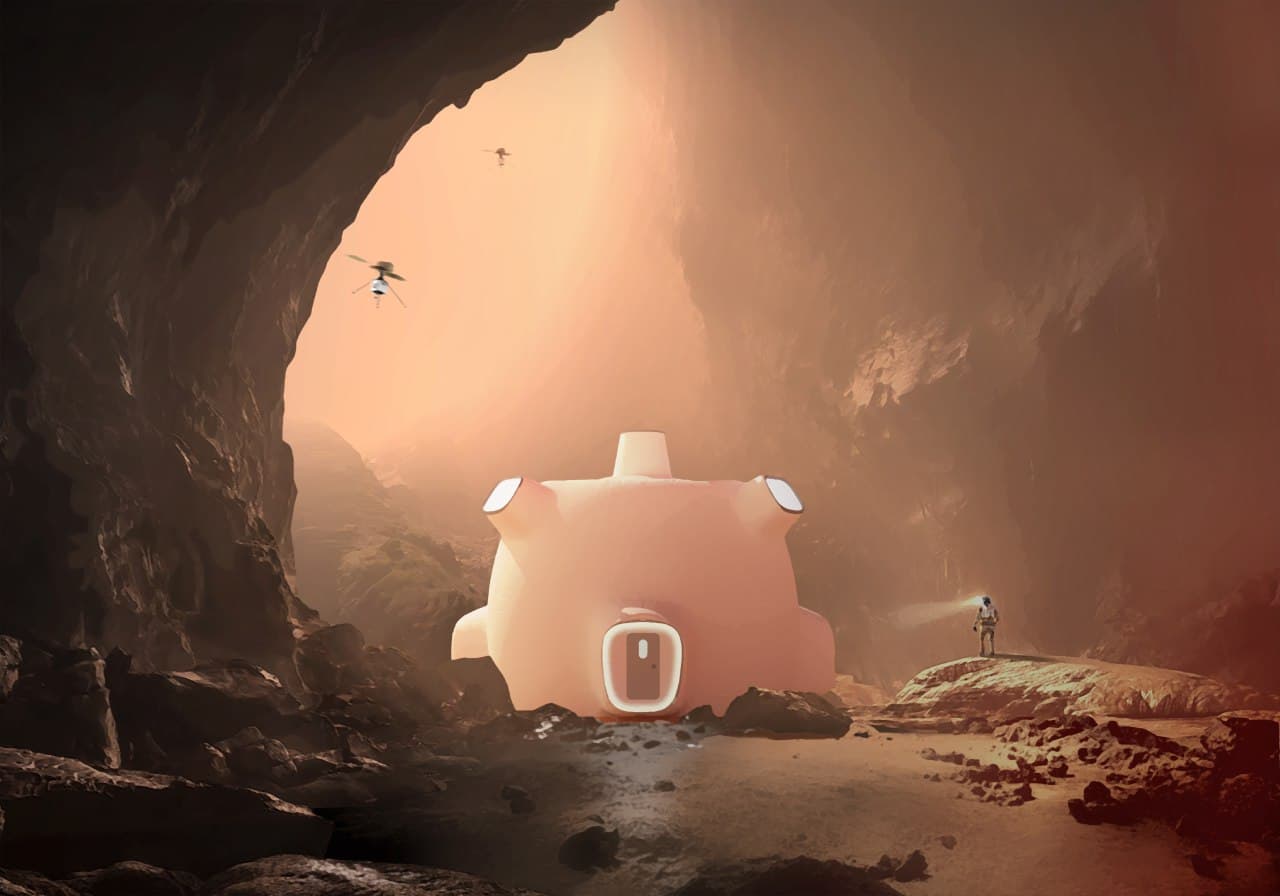 Biomechanical posture is the primary driver of designing any furniture.
Our inflatable habitat concept, with dimensions of 16’4” x 29’5”, would be placed inside of the Stefánshellir lava cave in Iceland. Approximately a mile in length, it is one of the longest such caves in the country.

It was the first known lava tube in the world and remained the longest known lava tube until the end of the 19th century. This module would be equipped with a life support system, electrical system, and waste and hygiene recycling system. The habitat concept consists of the main module, which, upon transportation to the lava tube, is unfolded by the removal of the outer panels of the cylindrical body, where an inflatable membrane creates a spacious living space.

There is a hidden transformable floor inside of the module which unfolds up to 32 ft 8 in diameter, creating a free zone for arranging workplaces and rest areas around the inner cylinder of the pre-equipped sleeping areas on each floor.

Placing a habitat in a lava tube will provide reliable protection from extremes temperatures, radiation, and meteoroids. The habitat has three exits with the prospective opportunity to use them as airlocks to dock with new habitats, creating expansive settlements, imitating our possible expansion on Mars.
SUMMARY

Testing space missions in the extreme environment of Earth is a cost-effective method to train future astronauts and educate the public about the importance of human space flight. This analog habitat project has all of the chances to be used in actual extraterrestrial explorations due to its lightweight structure and stowability that allows it to bring more supplies on a voyage. Before that happens, it must be tested, and the Icelandic landscape is one of the best choices because of similar mineralogy and lava tubs occupancies to Mars’ environment.
SUMMARY

Let's connect and discover
how we can collaborate.

Someone from our team will be in touch soon.